The Mysterious Riverboat of Fulton County 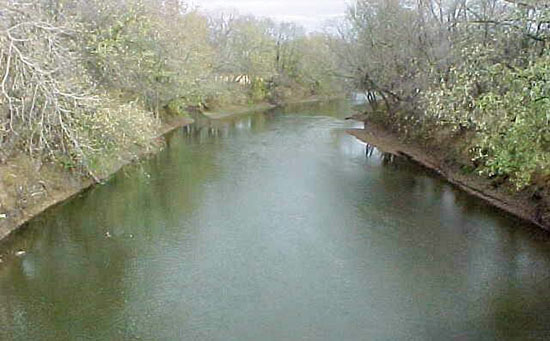 View of the Spoon River in Fulton County, Illinois - Picture courtesy of NOAA

The Mississippi River, which makes up the western border of Illinois, has long been a breeding ground for ghosts and legends. There are scores of haunted places located along, and connected to, the river, including many in Illinois. In addition to ghostly tales that "haunt" the land along the Mississippi, there are the stories of the river itself. Many are strange superstitions and odd events that cannot be explained, like the tales of ghost lights and phantom riverboats.

One story tells of a steamship and a boiler that exploded one night and took the life of a young steersman. The captain of the ship was especially fond of the young man and spent days and nights searching for him in the river and along the banks. After the captain's own death, a ghostly light was said to appear near where the accident took place. The stories say that it is the light of the captain's lantern as he still searches for the body of the crew member.

Other stories tell of a phantom riverboat that has been known to appear all along the Mississippi River. They say that when the boat appears, and its whistle is heard, a river worker will be injured in an accident.

The Spoon River region has another story that is similar to this one of the "phantom riverboat". This tale has been a part of Fulton County lore for generations. It seems that in the late 1840's, the Spoon River rose dramatically one spring after a particularly wet season. The experienced river pilots avoided the swollen and muddy waterway, but one morning, a crew of adventurous and unseasoned men launched a small steamboat onto the river. They took with them a group of passengers, boarded the boat and set off downriver. According to the St. Louis Republican newspaper, the last thing that was heard from the boat was the sharp sound of its whistle and the passengers on deck singing the old hymn "Sweet By and By". The vessel steamed off around a bend in the river - and disappeared without a trace.

The passengers from the steamboat were never seen again and despite several searches, the boat was never recovered. It was thought that perhaps the vessel had run aground somewhere, but if it had, there was no sign of it.

Several years passed and in the spring of 1853, the waters of the Spoon River once again swelled and rushed over the banks. According to reports from people who lived along the river, they heard the distinctive sound of a steamboat whistle piercing the air one night around midnight. Several of them, curious to see what fool would be trying to navigate the river after dark, hurried to the banks to see the boat. A heavy mist lay over the river but they watched as the fog bank parted and a steamboat appeared. It was the same vessel that had disappeared several years before!

The craft moved silently on the water, giving off a strange and eerie glow. As the people on the shore watched, white apparitions appeared on the deck and the faint snatch of a song could be heard echoing on the river. The song was the old hymn... "Sweet By and By"! The steamboat drifted past and floated down the river and out of sight.

It was never seen again.