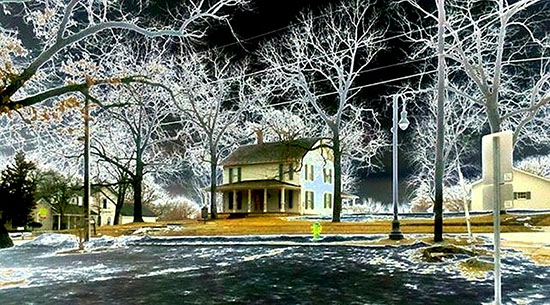 The Senator John Humphrey House in Orland Park, Illinois is not only a historic location but also a rare haunted place in Illinois for the fact that in all the years, only one family has lived in the home. The John Humphrey family.

The historic home remained in the family until it was turned over to the Orland Historical Society in 1987 with the death of the youngest Humphrey family member, John.

That is why this haunted historic home is more unique, as some location owners claim to have what they call 'a haunted house family at their location' without the actual knowledge of who the family spirits consist of in the home, as there was more than one family that occupied most other haunted homes.

The Humphrey home was built in 1881 by Senator John Humphrey and was the 2nd house built in Orland Park at that time. As a Spirit Feeler, I discovered the Humphrey House in 2007, and until then it was not known to the public as a haunted location.

Walking into the home I knew it was active, how active, I did not know. I did learn one thing that no one in the paranormal field knew at the time or until I made it public, is that Senator John Humphrey House has a significant tie to Bachelor's Grove Cemetery. 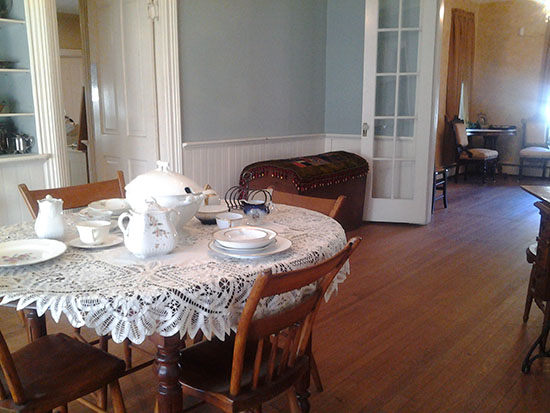 The family members who passed away during the time the Humphrey family lived in the home, the viewing of the deceased for the public was in the living room of the Senator John Humphrey House. 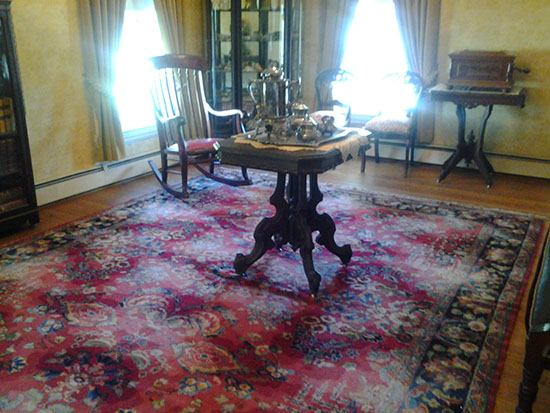 After Senator John Humphrey's first wife, Amelia, passed away, Senator Humphrey then married within months in the same year the secretary and assistant in his law office; her name was Ida.

Senator John Humphrey and Ida had one child, his name is John, and he is the one that Willed the Senator Humphrey House to the Orland Historical Society.

I along with other Spirit Feelers feel by way of what we have experienced, Ida may have been an evil stepmother type. One cannot find any photos of her with the Step Children, the only photo of her with a child is the child she had with Senator John Humphrey.

The house has paranormal activity. I have had two paranormal teams and another Spirit Feeler with one of those teams at the location, and they confirmed what I already knew, that spirits are there and active. A couple of other teams have done their investigations at the site and the paranormal activity held up and experienced without any questions about it.

There is one group of three men that called themselves a paranormal investigation team that the Orland Historical Society President mentions. The three guys making up the team came running down from the second floor screaming like young teenage girls seeing a mouse. 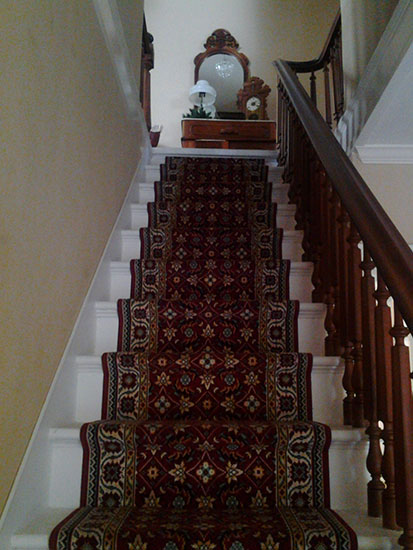 A staircase in the Humphrey House

That was the last of investigation teams being allowed to investigate the home on their own without me supervising the paranormal investigators.

Senator John Humphrey House has been proven to have activity by paranormal investigation teams in the past, and the hundreds of individuals that have experienced it during my Supernatural and Paranormal Nights held during all these years at the location.

No type of paranormal investigations and that also includes EVPs, will be allowed on the open house days that are for the general public.

Senator John Humphrey died in 1914 (age of 76), Ida lived until the 1950's and something very rare for that time frame was done when she died. John, the youngest child, had the viewing of his mother in the living room of the home, as was done with other family members in the past. The living room is the area of the house that I always hold my 'Circle of Energy Spirit Experience Sessions.'

Working with the spirits of the house, Mr. Humphrey and Ida do come through, but it is not by one being fluffy sweet about it. Mr. Humphrey ruled with an iron fist, so one does not get his attention by being gentle with him. Ida also ruled with authority, so the same applies to her.

Amelia and the children do come through and handled with gentle care. I am allowed access to an empty room known as the playroom and closed to the general public on the open house days. The room is a great area of the house and is the place in the house I use to help individuals open up to feeling the emotions of the spirits or those emotions that have remained in the room by the children of the past.

Baby John as I call him, do to the fact of being the youngest child, had a practice of his own that was a bit unusual. He owned the coffin he was going to be buried in and kept it at the Humphrey House when he moved back there after his mother's death.

Baby John while alive, found comfort in sleeping in the coffin that one day would be his final resting place. Also as one explores the home, they will come across an old rocking horse in the children's bedroom, that was baby John's horse. A photo of John on the horse as a child is in the book 'The Orland Story.'

The Senator John Humphrey family has a couple of significant ties to the haunted Bachelor's Grove Cemetery, and I was happy to be the able to let the Chicago paranormal field know of the connection, and at times I wonder if it was a mistake due to the behavior of some individuals.

The question even asked by some of the officials of the Orland Historical Society, is Mrs. Amelia Humphrey buried in a different cemetery than her first child Libby and is buried at Bachelor's Grove Cemetery. Could Mrs. Humphrey be the woman holding a child seen at Bachelor's Grove? Most feel that she is.

Open House for General Public.
2nd Sunday of each month, 2 - 4 pm.
Free but donations are welcomed.

Interested in a Group Paranormal Night or Paranormal Investigation at the Humphrey House, email Edward Shanahan at his Best Chicago Psychic website for details.


For more information about Edward Shanahan, visit his website: