2019 THEATRE OF THE MACABRE PREMIERS SEPTEMBER 28 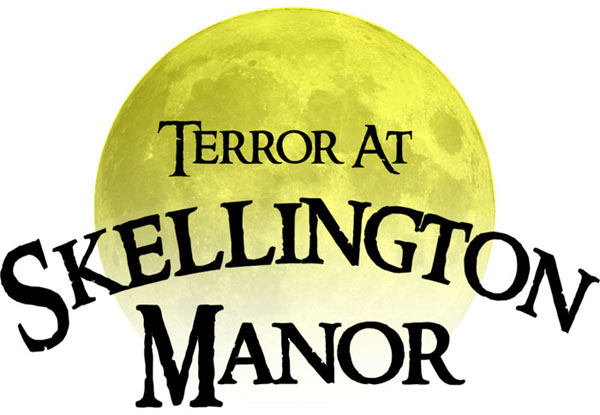 Rock Island, IL, September 19, 2019 - From the Creators of Terror In The Woods, Terror At Skellington Manor is set to open their 2019 season, September 28 at 7:00pm. What began as Terror in the Woods in 1993 outside Donahue, IA moved to Rock Island in 2009 and began haunting as Terror At Skellington Manor. Their current theme Theatre Of the Macabre focuses on a fascination with all things odd or unusual, grotesque, or otherwise terrifyingly unpleasant. The updates include a tribute to Edgar Allan Poe, and a carnival themed indoor cue area, a huge update to our indoor graveyard, and creepy cast of returning and new characters.

With 25 years of experience, Terror At Skellington Manor is a perennial Haunted Illinois Top 10 Haunted Attraction, and a favorite with local residents. The haunted manor is open Fridays and Saturdays (7pm-12am) and Sundays (7pm-10pm) through November 2. Special Attraction dates are Saturday, October 26 (1pm-4pm) Scaredy Cats: Lights-On Tour, Thursday, October 31 (7pm-10pm) Halloween , and Saturday, November 2 (12am) we will take The Last Ride, a Skellington Manor tradition where a winner is chosen to be the final guests of the season. Tickets for the attraction are $20, or $25 for the RIP Fast Pass, and can be purchased at the door or online at skellingtonmanor.com.

If you would like more information about this topic, please contact Penni Steen at (563) 344-9187 or email at owners@skellingtonmanor.com. 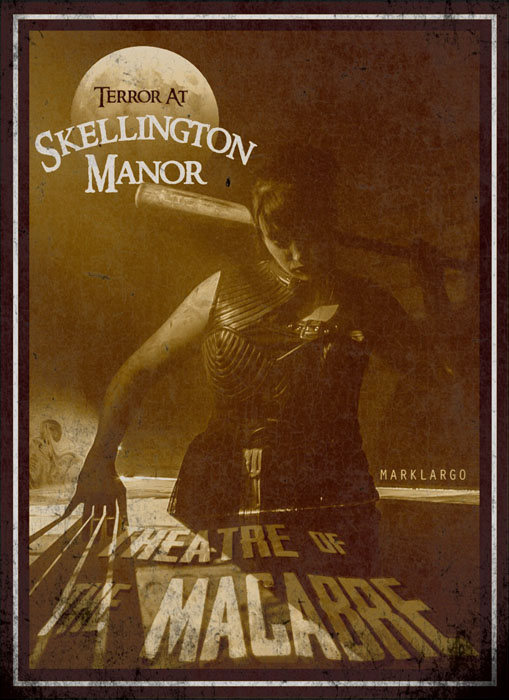 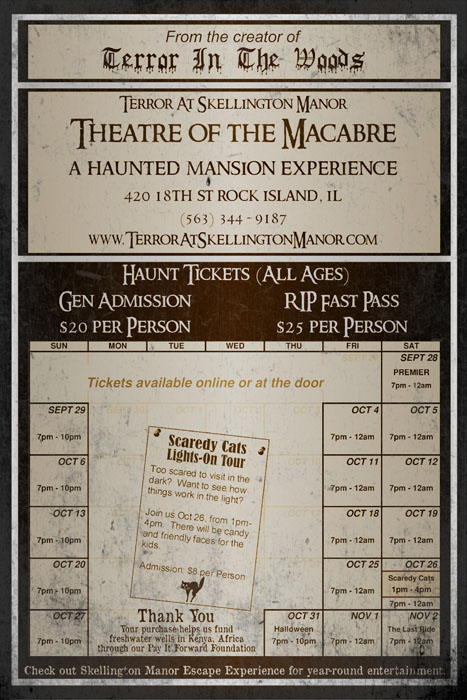